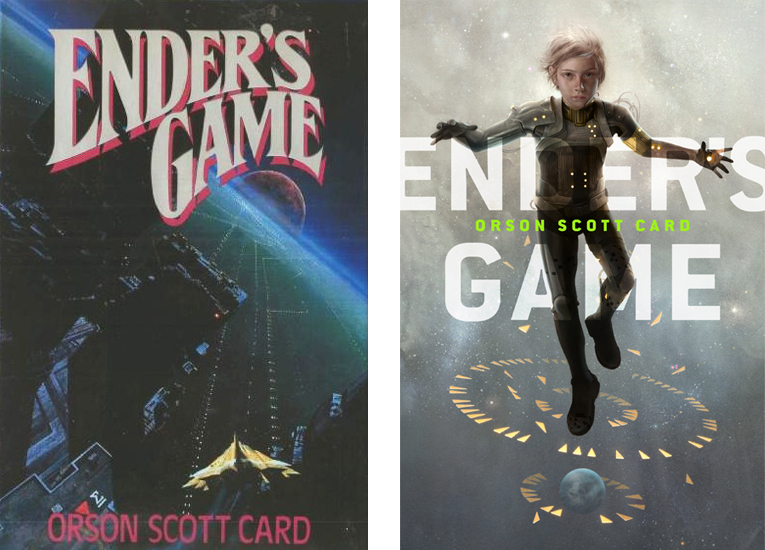 Summary: In a near-future society, the human race is in a war against the buggers, a hostile alien race, who nearly won twice in two wide scale confrontations against humankind. Fearing a third invasion, a system was put in place to discover and train child prodigies in the art of war.

This system found Ender Wiggin, and set a course for him unlike any other kid that has gone before. Is Ender the general humankind desperately needs?

Meanwhile a second (side) plot revolves around Earth, Ender’s siblings, and it’s three separate governing bodies. The Hegemon, Strategos, and Polemarch, all struggle for supreme control and threaten humankind on the home front. Peter and Valentine are determined to make the world over in their image and work to achieve this through the “Nets” to influence how the masses think. Are two kids capable of achieving that sort of influence?

Why I Started This Book:

I can name approximately half a dozen boys over the last several years telling me I had to read this book. It was essential, a must read! I caved. Got it in audio format, because I’m grooving it right now and settled in for the long haul. I now have to apologize to the first five guys who said to read it and I ignored. Great book!

Last Minute Thoughts:It’s definitely a book for boys as it deals on many fronts issues boys face more often than girls such as bullying and warfare. Ender also goes through a crisis of identity of self. He does not want to be a killer (or hurt others) but is forced to become one. I think the following quote explains this very well:

Unlike his brother, Ender does not take pride in destroying others and commits this action because he is often pushed into situations which demand physical defense. This portrayal and situation in the novel justifies Ender’s actions. (Nick M. on Amazon.com)

I am glad I came to this book now instead of earlier in my life. I don’t think I would have appreciated it then. I do now. It’s terrific! I’m giving the audio book to my dad and telling him to listen to it. He’s on CD #2 and loves it so far.